Survey: It Takes 36 Hints Over 8 Months to Get Your Significant Other to Propose

A new study reveals that 54% of engaged Americans dropped hints to their partner in an effort to get them to propose. 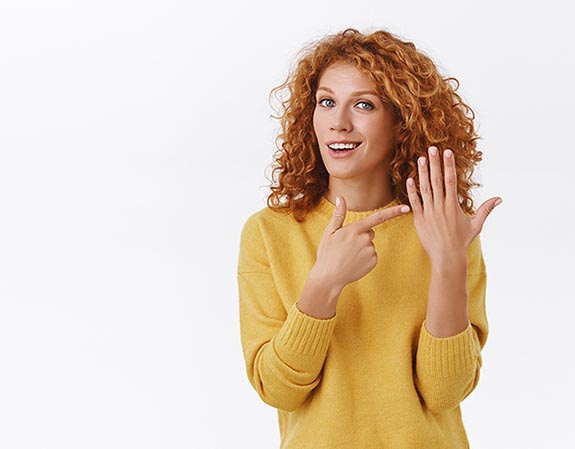 It’s pretty clear that the average suitor was slow on the uptake, according to the survey commissioned by De Beers and conducted by OnePoll. There was an average span of 7.57 months between the dropping of the first hint and the eventual proposal. Over that time, the average partner had dropped 4.69 hints per month — for a total of 35.5.

The most common hint was revealed to be “accidentally” sending texts or emails with advertisements for rings (59%). Another favorite was to spark a conversation about engagements by putting on TV shows (Say Yes to the Dress, for example) or movies about weddings (45%). Respondents also admitted to enlisting friends to begin a conversation about engagements (38%), leaving open tabs/websites about weddings (37%) and casually pointing out rings while shopping together (31%).

Surprisingly, of the survey respondents who proposed, 49% said they got so tired of waiting for their partner to get down on one knee, they decided to turn the tables and propose to their partner themselves.

Despite the struggles of nailing down a commitment, 75% of respondents said there’s nothing in their proposal they would change, and 67% enjoy sharing their “proposal story” with friends and family.

When it comes to the elements of the proposal itself, respondents said the most important piece was the ring (51%), which was even more important than their partner saying “yes” (17%).

In fact, 56% stated the ring is so important that it can’t be a “real” proposal without one.

“An engagement ring signifies a huge milestone in a relationship and is a symbol of bringing together the lives of two people. There’s a lot of pressure to get it just right,” said Sally Morrison of the De Beers Group. “But the most important thing to keep in mind is the person you’re buying the ring for. Choosing a style they will be proud to wear and one that reflects their personality will ensure that the ring will be worn and cherished for a lifetime.”

Based on the survey results, here’s the full list of the most popular ways respondents dropped a hint about becoming engaged…

The survey was conducted by OnePoll for De Beers Group from December 2020 – January 2021, with a sample of 2,000 engaged Americans.