Jessica Amis, an Emmy-winning digital journalist for CBS-affiliate THV11 in Little Rock, recently found herself at the center of a story about a lost diamond, a precocious 7-year-old and the significance of “things” that remind you of stuff you never want to forget. 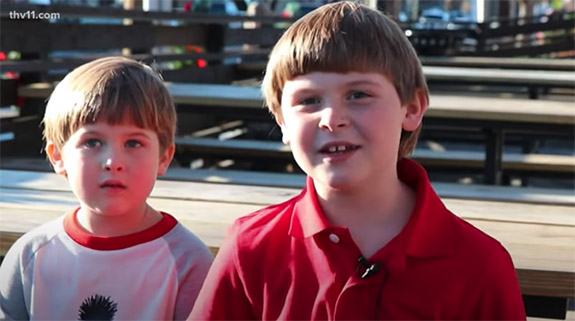 Amis had been enjoying a meal with two co-workers in the outdoor picnic area of Hill Station, a popular restaurant in the Hillcrest neighborhood of the capital city, when a bent prong on her vintage engagement ring allowed the center diamond to become dislodged.

The diamond disappeared into a bed of gravel — a ground cover that Amis described as the “tiniest and shiniest gravel I’ve ever seen.”

Her diamond blended in so perfectly that it was impossible to see. She even returned multiple times to sift through the gravel, but all of her attempts came up empty.

Enter the hero of our story: 7-year-old J. Harley Calloway. 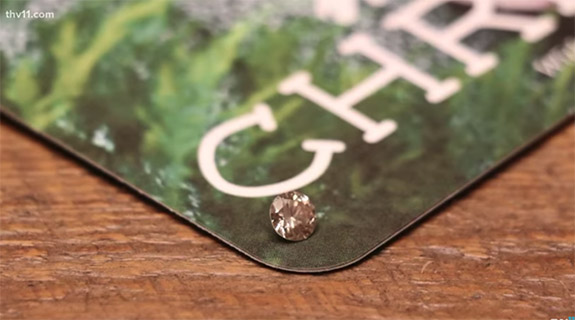 The precocious youngster explained how easy it was to find the diamond, about a month after Amis had lost it.

“I just dig some dirt, and then I found the diamond,” he told the interviewer, who happened to be Amis. “I just looked down when I was grabbing the dirt and I said, ‘Mommy, I found a diamond.’”

Calloway remembered that his mom said, “That’s not real!”

Well, it was very real.

Fortunately, Amis had shared her story and contact information with the restaurant’s management, and Calloway’s family was considerate enough to turn the stone in. The staff at Hill Station immediately made the connection and called Amis with the good news. 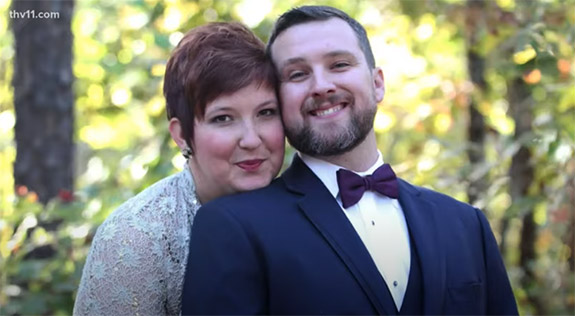 In the her two-minute report, Amis waxed poetic about how people perceive “things” as they grow older. Some things are just things, but others are things that remind you of stuff you never want to forget.

The diamond in her ring is a “thing” that holds memories of “getting engaged, of dancing the night away, of building a life,” she said. “And now it’s a reminder of the goodness in others and the hope that comes from just that.” 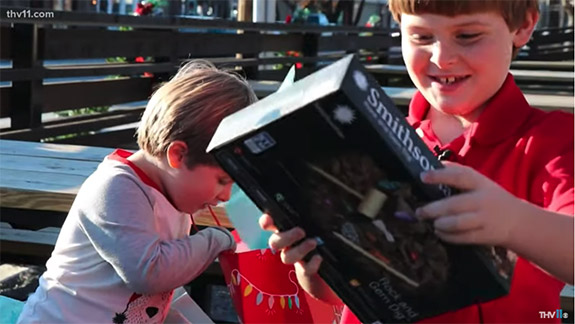 Amis rewarded Calloway with a Rock and Gem Dig kit from the Smithsonian gift shop.

Please check out the report at this link…